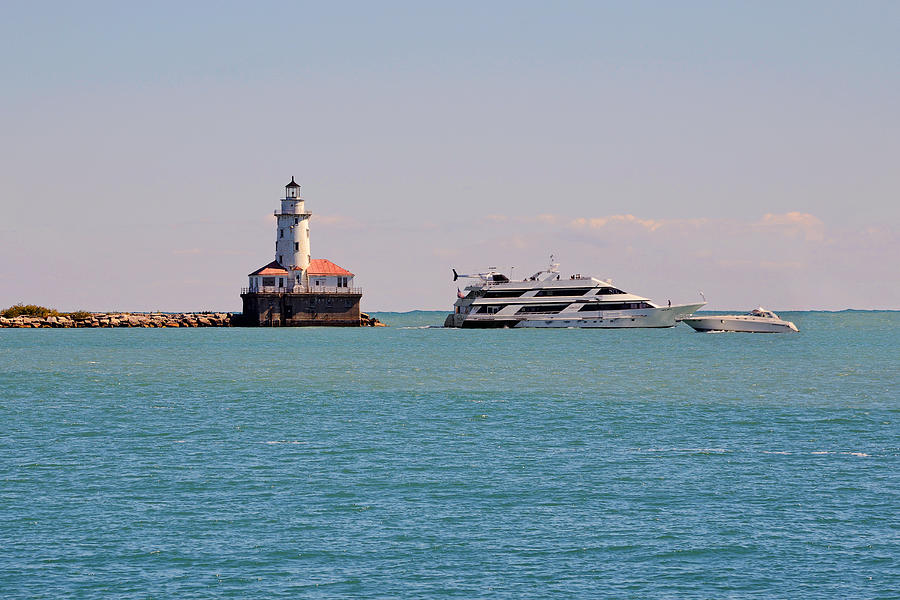 © Christine Till
Since 1832, Chicago's harbor has seen a succession of lighthouses that have helped ships, laden with cargo and passengers, safely access one of the great port cities of the United States.

The Chicago Harbor Lighthouse, also called the Chicago Breakwater Light, was first lit in 1893 and originally sat at the mouth of the Chicago River. The lighthouse now sits on the breakwater in the Harbor of Lake Michigan. It was listed on the National Register of Historic Places and later was designated a Chicago Landmark on April 9, 2003.

Beginning in the 1930s, the lighthouses of the Chicago area were gradually automated, making it unnecessary for the light keepers to reside in the buildings. In 1939, the Lighthouse Service became part of the Coast Guard.

The Chicago area lighthouses serve as are examples of how the U.S. Government played a vital role in developing the Great Lakes for use by the people and businesses. It was the lighthouse tower that helped to turn untamed inland seas into inland waterways.