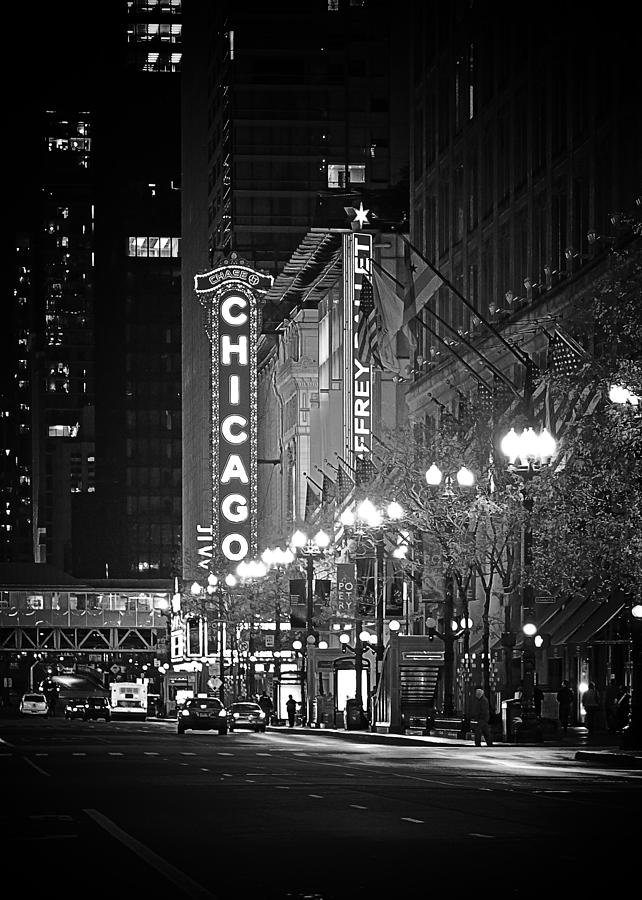 When it opened on October 26, 1921, the 3,880 seat theater was promoted as the "Wonder Theatre of the World". The theater's strategy of enticing movie patrons with a plush environment and top notch service (including the pioneering use of air conditioning) was emulated nationwide. During its first 40 years of operation, the Chicago Theatre presented premiere films and live entertainment, but a slow down in business at the Chicago Theatre, caused by economic and social changes during the 1970s, affected ongoing viability.
Now the Chicago Theatre is a performing arts venue for stage plays, magic shows, comedy, speeches, and popular music concerts. It is owned by Madison Square Garden, Inc.

The Chicago Theatre is one of the grandest movie palaces ever built. The structure is seven stories tall and fills nearly one half of a city block. The 60-foot (18 m) wide by six-story tall triumphal arch motif of the State Street fa￿e has been journalistically compared to the l'Arc de Triomphe in Paris. The exterior of the building is covered in off-white architectural terracotta with Neo-Baroque stucco designs.

The building was added to the National Register of Historic Places on June 6, 1979, and it was listed as a Chicago Landmark on January 28, 1983. The distinctive Chicago Theatre marquee, "an unofficial emblem of the city", appears numerous artwork and photography and movies and TV shows set in Chicago, and its neon font was used in the title of the 2002 film Chicago. The entire marquee was replaced in 1994, but retains the look of its predecessor, which was not part of the original design.