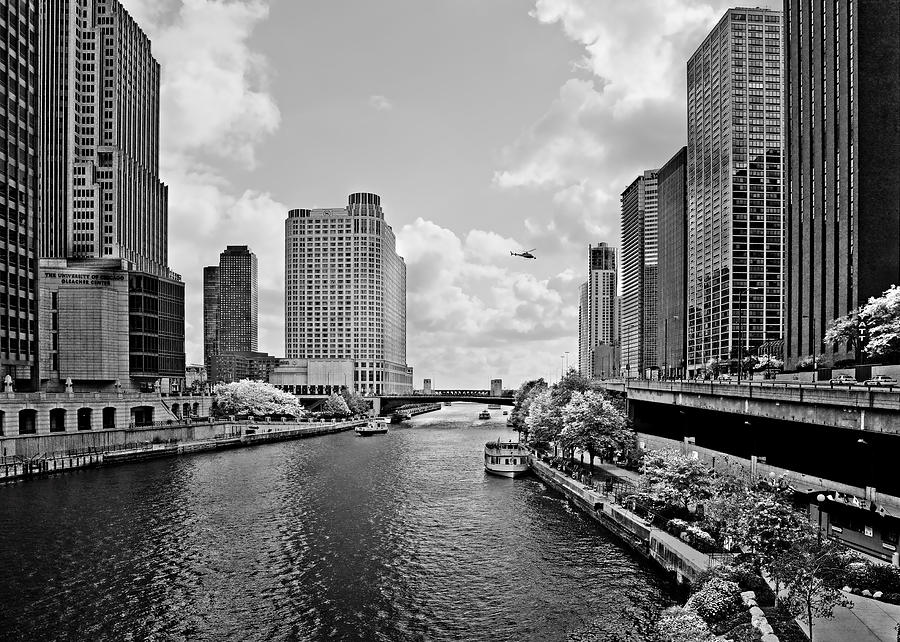 © Christine Till
The Chicago River system has played a central role in the history of Chicago and is an example of the link between nature, natural resources, and urban development. That's why to many Chicago residents, the Chicago River is a body of water dyed green on St. Patrick's Day, or a river that flows backwards from its original mouth at Lake Michigan, or the cause of a 1992 flood in the Loop.

Flowing through downtown Chicago, the river that bears the name of the city has an interesting history. Once a corridor of commercial activity, the river has been transformed into a recreational area with sightseeing boats and kayaks. Along the banks are pedestrian friendly promenades lined with cafes and eateries.

Many of Chicago's greatest buildings border the Chicago river, making the river ideal for architectural boat tours. In 1999 Chicago's mayor initiated a project to turn Chicago's riverfront - at that time mostly inaccessible to the public - into a public walkway known as the Riverwalk. The first completed section, on the south bank of the river between State Street and Lake Michigan opened in 2009.