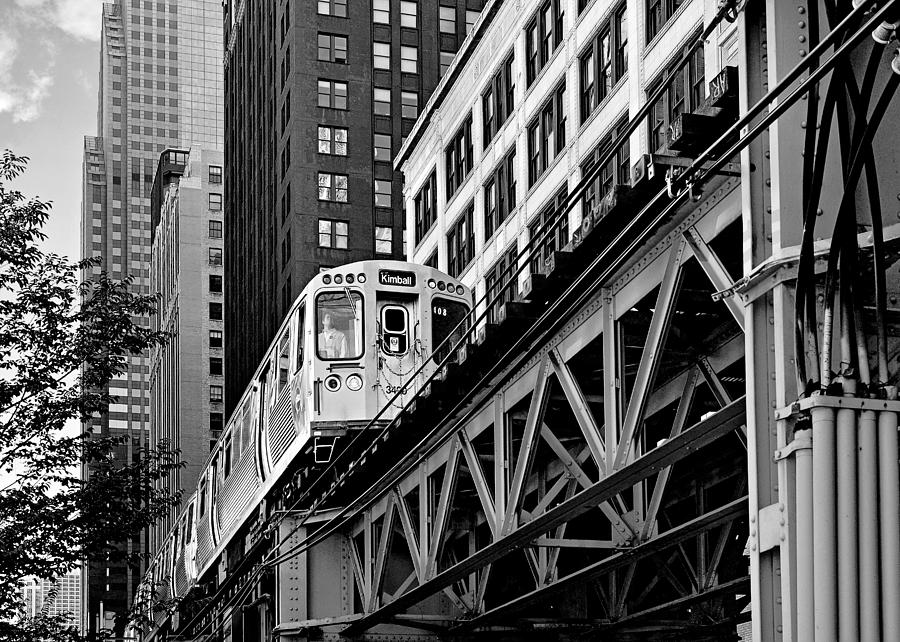 © Christine Till
The Chicago Elevated Railway is known as "The L" which is short for "elevated.", However, it has to be noted that steam-powered cable cars circulated downtown Chicago and gave the Loop its name before the elevated tracks that circle the area and "L" trains came on the scene. The Elevated Railway system is a rapid transit system similar to the subway in New York or the Underground in London.
The first EL train ran in 1892 from Van Buren to 39th, and the car was actually a steam locomotive pulling four wooden coaches. Now it serves commuters at 144 stations, making it the second largest rapid transit network in the U.S after New York's subway. When it was originally constructed, the L rail system was completely elevated, hence the name. Today, however, the system is a mixture of elevated, overground and underground tracks.
As it has been for the last hundred years, Chicago rapid transit remains a system in flux, continuing to adapt to changing trends, needs, and technologies.