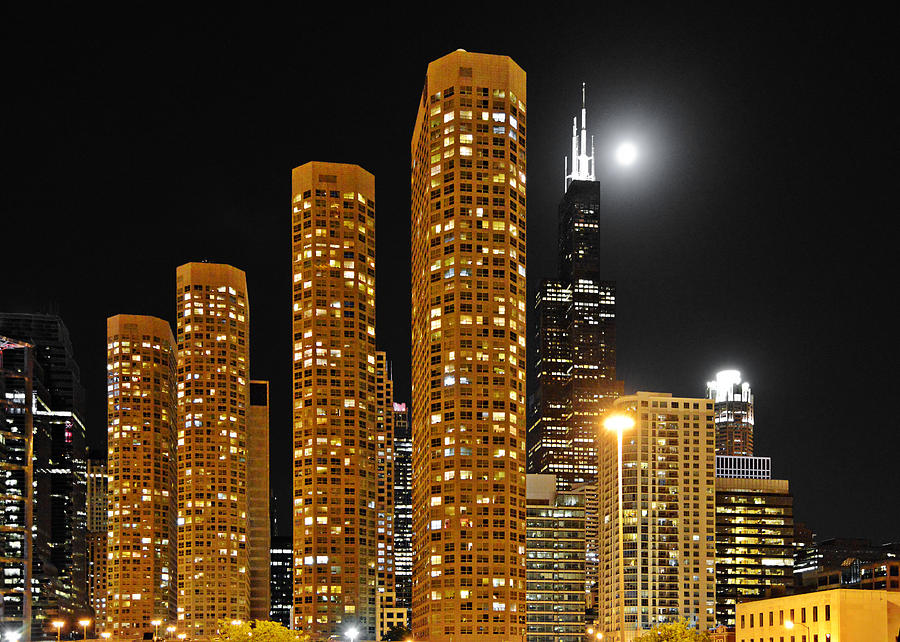 © Christine till
Chicago's Presidential Towers complex, a compact and carefully planned urban enclave, is a series of four nearly identical towers, each a step back from the leader, and spanning two city blocks.
It was one of the pioneering residential projects in Chicago's River West neighborhood. An area that was once seen as nothing more than a ramshackle collection of old brick warehouses in an area known as the Midwest's version of "Skid Row" was seen as an opportunity by its developers. From 1985 until the building boom at the beginning of the 21st century, these towers marked the western cutoff of tall buildings in Chicago's downtown skyline.
Individually, the buildings wouldn't seem like much - some generic brown 40-something story towers. But there's strength in numbers. Just as one ceramic kitten is a knick-knack, but a dozen are a "collection." They are elegant in their own way. One after the other, they are rhythmic. And when the sun is setting they even seem to glow sometimes.