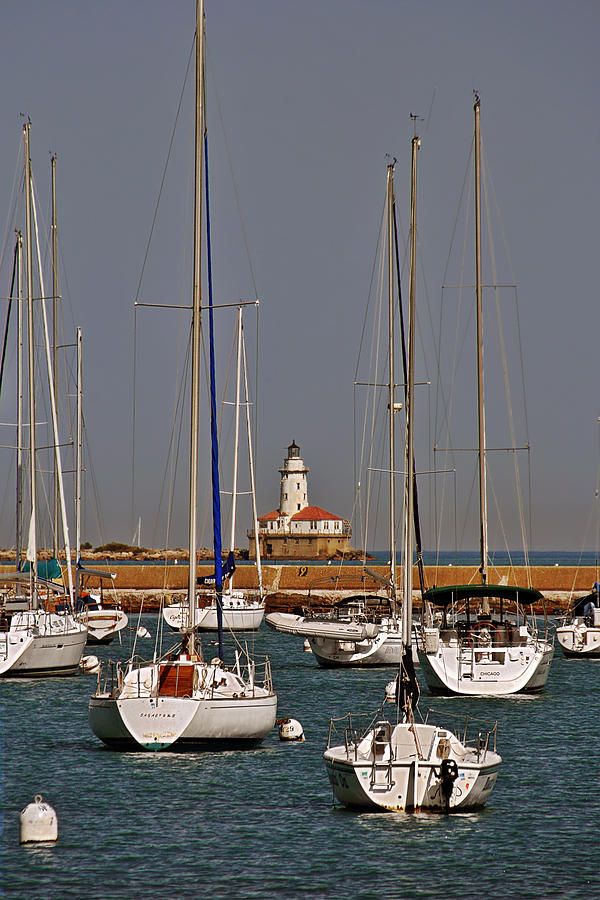 © Christine Till
The 1800s saw Chicago Harbor become an important strategic military location and shipping route, the country's busiest port at the main route connecting the East Coast and the Gulf Coast via the Great Lakes, and the U.S. government authorized the construction of the harbor's first lighthouse in 1832 to help guide the ever-increasing water traffic.
Excitement surrounding the 1893 World's Columbian Exposition in Chicago brought many new developments to the city, including the building of a new 48-foot lighthouse with attached housing for the keepers near the site of the original tower. In 1917 the lighthouse moved east of Navy Pier in 1917 to perch on a newly renovated breakwater to guide traffic around it. The Coast Guard automated the lighthouse's red beacon in 1979 and retained its original third order Fresnel lens.
Chicago Harbor Light earned a spot on the National Register of Historic Places in 1984, earned designation as a Chicago Landmark in 2003.