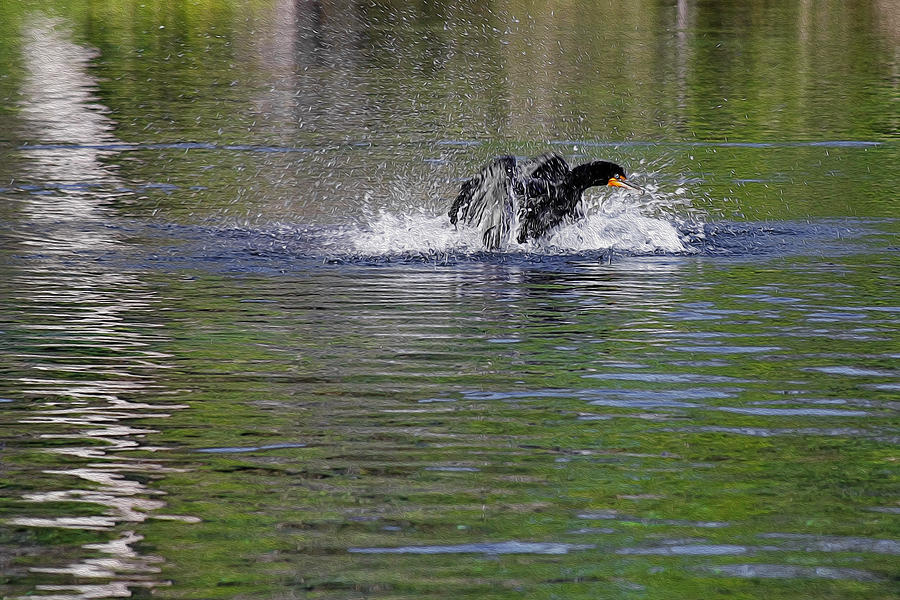 Walk on Water - The Anhinga

Walk on Water - The Anhinga

© Christine Till
A bird of southern swamps, the Anhinga is known as the Water-Turkey for its swimming habits and broad tail, and as the Snake-Bird for its habit of swimming with just its long head and neck sticking out of the water.

Among birds, the anhinga is the best fresh-water diver. It goes down quietly and hardly makes a ripple. It finds its food in the water, eats insects, frog eggs, fish and even small alligators. If an object is too large to be swallowed at once the bird spears it on his sharp bill. Then he comes to the surface and flips his catch into his mouth for consumption. Sometimes he has to swim to shore and pry the fish off the beak by rubbing on a rock or tree limb.

Anhingas do not have oil glands for waterproofing their feathers like most water birds. When they swim, they get wet which allows the bird to move more efficiently under water. They can stay down for significant periods. If the Anhinga attempts to fly while its wings are wet, it has great difficulty getting off the water and takes off by flapping vigorously while "running" on the water.