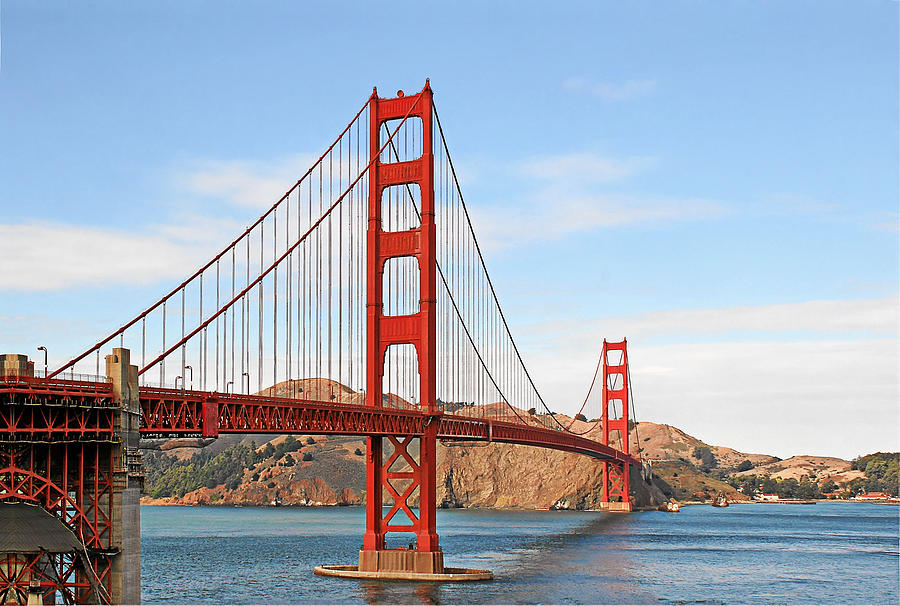 © Christine Till - CT-Graphics
The Golden Gate Bridge in San Francisco, California, is possibly the most beautiful and certainly the most photographed suspension bridge in the world. It spans tidal currents, ocean waves, and battering winds to connect the City by the Bay on the northern tip of the San Francisco Peninsula with the Redwood Empire to the north. About nine million people from around the world visit San Francisco's Golden Gate Bridge, one of the 'modern Wonders of the World', each year.
Golden Gate Bridge's official hue is not gold but International Orange. It is named for the Golden Gate Strait, the narrow entrance between the Pacific Ocean and the San Francisco Bay. The strait was named by explorer and U.S. Army officer John C. Fremont, who marveled at its beauty in 1846 - two years before the discovery of gold in California. In his memoirs, he wrote that he named it Chrysopolae (Golden Gate) because of its similarity to the harbor of Byzantium (modern-day Istanbul), dubbed Chrysoceras (Golden Horn).

"My arms are flung across the deep,
Into the clouds my towers soar,
And where the waters never sleep,
I guard the California shore."
~ From The Mighty Task is Done
.. Written upon completion of the building of the Bridge in May 1937