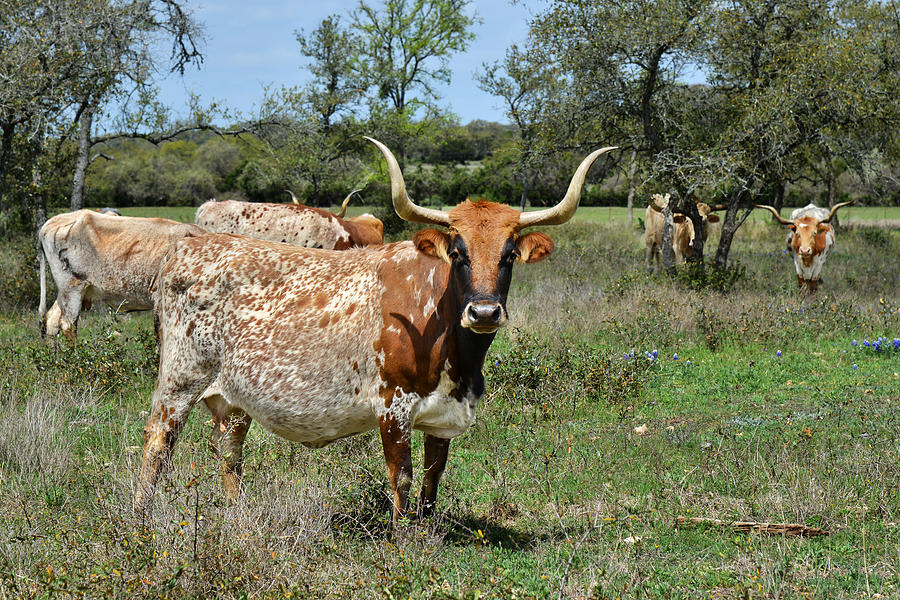 © Christine Till
What makes the Texas Longhorn Cattle different from the multitude of other breeds now available in North America? Simply this: The Texas Longhorn was fashioned entirely by nature right here in North America. Stemming from ancestors that were the first cattle to set foot on American soil almost 500 years ago, it became the sound end product of "survival of the fittest".

Shaped by a combination of natural selection and adaptation to the environment, the Texas Longhorn is the only cattle breed in America which - without aid from man - is truly adapted to America. Hardy, aggressive, and adaptable, the Texas Longhorns were well suited to the rigors of life on the ranges of the southwestern United States. They survived as a primitive animal on the most primitive of ranges and became the foundation stock of that region's great cattle industry.

Today most modern Texas Longhorns are gentle cattle and are among the easiest of breeds to handle and control. Their gentle disposition and striking looks make them favorites as riding steers, and their general health and adaptability make them ideal for weekend ranchers. Texas Longhorns that interact regularly with people are easy to handle; as with any breed, however, cattle that rarely see humans can grow wild and wary.