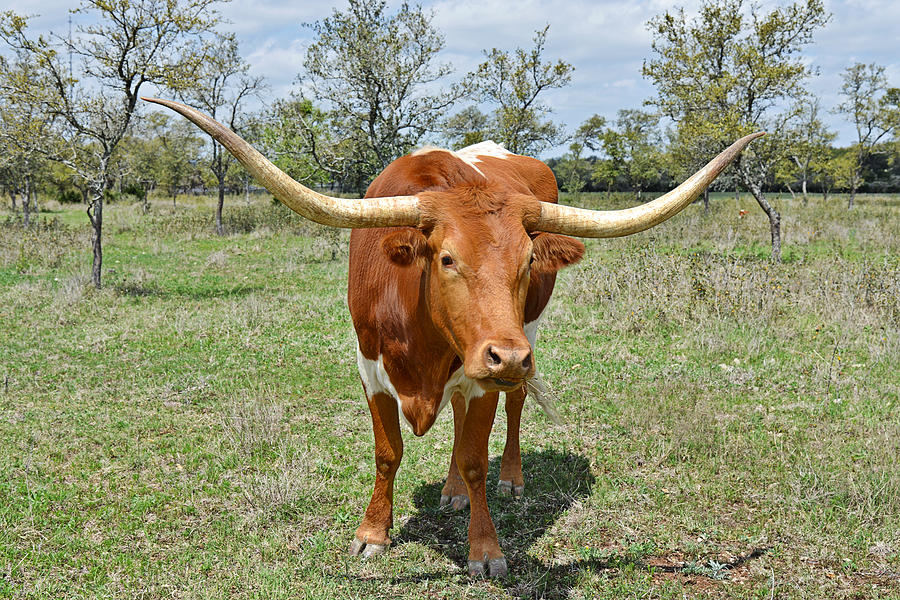 © Christine Till
Longhorn cattle have been a part of the history of North America since 1493 when Spanish settlers accompanying Christopher Columbus brought the first few long-horned Iberian cattle with them to the Antilles Islands (Puerto Rico, Cuba, Jamaica, and Hispaniola).

Overall, it can be said, then, that between 1493 and the mid-19th century, feral longhorns flourished in the Americas. During that three hundred fifty year period, they used principles of natural selection to develop hardiness, disease resistance, ease of calving, strong mothering instincts, and other traits vital to their survival.

In 1964, the first registry was established to perpetuate breeding records and confirm the purity of blood lines for breeders of Texas Longhorn cattle. Since that time, the numbers of registered Texas Longhorn cattle has soared, and by the late 1990s, it had exceeded 250,000. Breeders now exist in all 50 states as well as Canada, Mexico and many other countries.