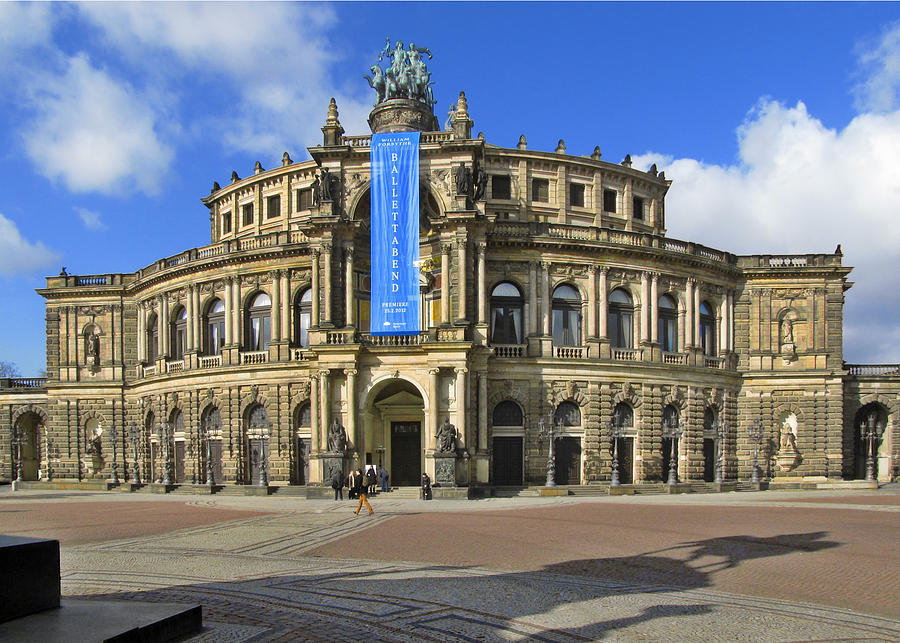 © Christine Till - CT-Graphics
Restored to its former magnificence after its destruction in the 1945 bombing of Dresden, this elaborate, High Renaissance style opera house presents opera, ballet and jazz performances.
In 1678 an opera house was already built on the current site of the Semperoper, near the Theaterplatz. A new Opera House in neo-Renaissance style was completed in 1841. In 1869 a fire destroyed the building, so a new Opera House, this time in High Renaissance style was built and opened in 1878. It was destroyed again in February 1945 during the heavy allied bombardments and subsequent fires which laid the whole city of Dresden in ruins. The building was reconstructed forty years later. It reopened in February 1985.
Even for those who don't visit any performances the Semper Opera House (Semperoper) is worth a visit if only to marvel at its ornate interior and exterior.