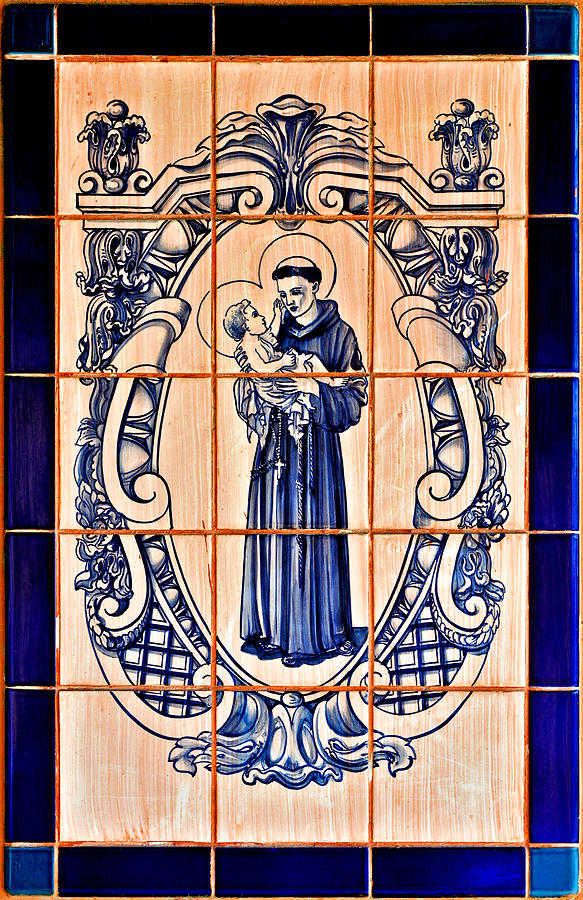 © Christine Till
St. Anthony was born in the year 1195 at Lisbon, Portugal. His wealthy family wanted him to be a great nobleman, but for the sake of Christ he became a poor Franciscan Priest.

After getting stranded and being sick, Saint Anthony lived in a cave at San Paolo leaving only to attend Mass and sweep the nearby monastery. One day when a scheduled speaker failed to appear, the brothers pressed him into speaking. He impressed them so that he was thereafter constantly travelling, evangelizing, preaching, and teaching theology through Italy and France. A gifted speaker, he attracted crowds everywhere he went, speaking in multiple tongues.

Anthony died on June 13, 1231, being only thirty six year old. Pope Gregory IX enrolled him among the saints in the very next year. At Padua, a magnificent basilica was built in his honor, his holy relics were entombed there in 1263.