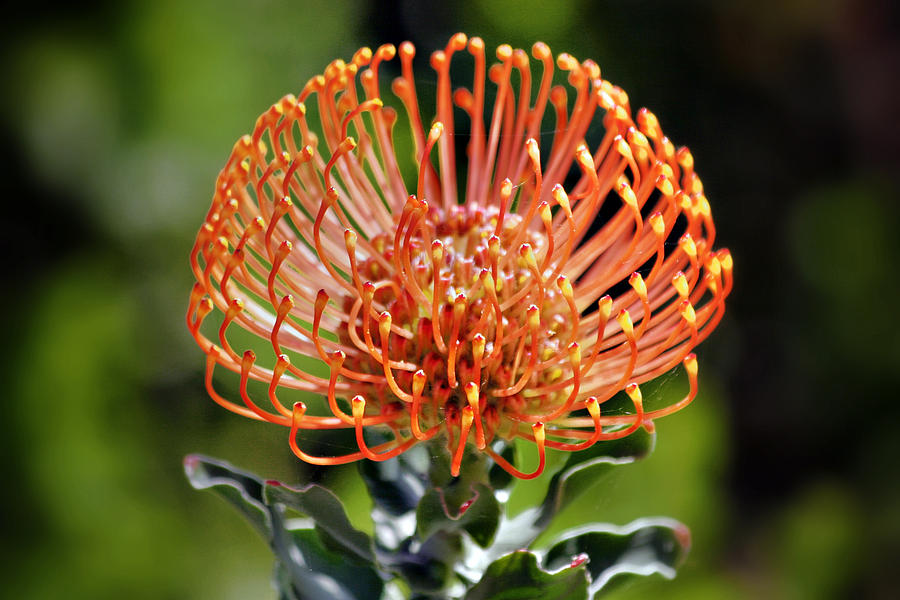 Protea - One of the Oldest Flowers on Earth

Protea - One of the Oldest Flowers on Earth

© Christine Till
Prehistoric, Dinosaur like, Out of this World, Star Wars Flowers! These are some of the comments people make when seeing a Protea flower for the first time. And they are more accurate than they know. The Proteaceae are an ancient family, one of the oldest groups of flowering plants. Scientific probes into the early history of plant life have shown that the ancestors of today's Protea were present 300 million years ago. Proteas are best represented in South Africa along the south and south western coastal mountain ranges. The other sub-family is located along the south and south western coastal areas of Australia.

Carl Linnaeus, the father of modern botany and plant taxonomy, named this flower in 1735 after the Greek God Proteus. In Greek mythology, Proteus had the ability to change shape and form at his will; hence the name given to these flowers with their diverse array of colors, shapes, textures and sizes. Protea, sometimes also called sugarbush, is both the botanical name and the English common name of these African flowering plants. The family Proteaceae has seventy three genera and more than 1500 species. Products range from the eye-catching King Protea (Protea cynaroides) to the delicate Blushing Bride (Serruria florida), from the rich versatile colours of Leucadendron, to the soft milky hues of Smokebush (Conospermum spp.).

Proteas were first in the United States in San Diego north county, as well as some ranches in the Santa Barbara area about forty years ago. They were later grown in Hawaii. The climate and soil in these areas most nearly duplicates the Protea's natural habitat. These amazing flowers are shipped from here all over the United States, Japan and Europe. Proteas are much sought after for their alluring combination of robust beauty and fragile charm. Tyrannosaurus Rex may have appreciated their beauty. I like to imagine they will still be blooming 100 million years from now.