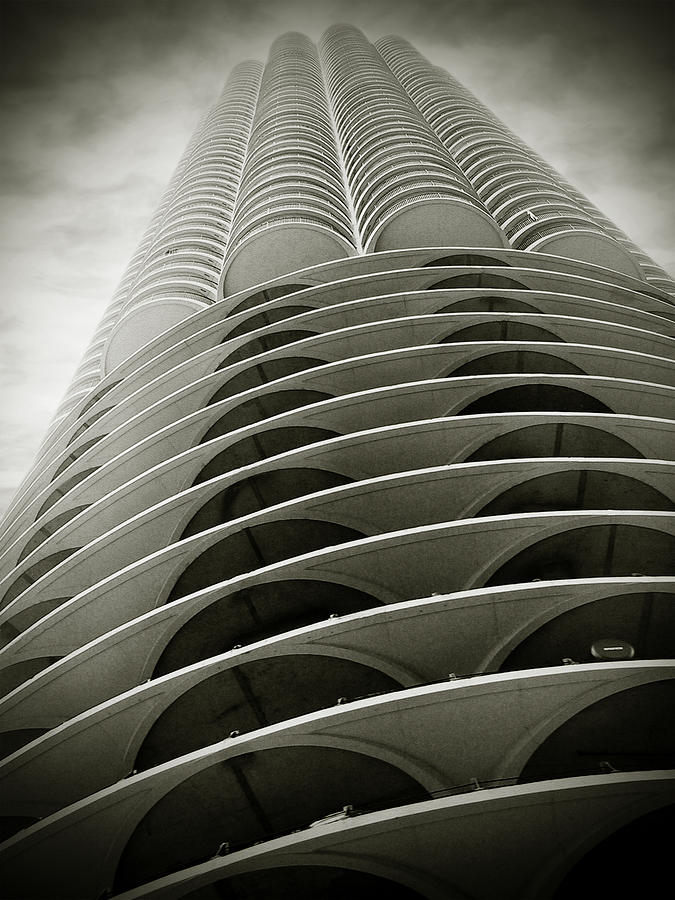 © Christine Till - CT-Graphics
Marina city, built by Architect Bertrand Goldberg, is a complex of two cylindrical 60-story towers near the Chicago River, Chicago, Illinois. Due to their unique shape, the towers are locally known as the 'corn cobs'.
Marina City was a large, ambitious project, financed by a union hoping to slow an exodus to the suburbs that started after World War II. The towers were the tallest residential buildings in the world when completed in the mid-1960s, and with numerous on-site amenities it was often called a "city within a city." The apartments in the twin concrete "corncob" towers are all different, and their balconies are huge. Most of them have great river or city views. They have historically attracted residents with strong, often eccentric personalities.
Bertrand Goldberg's corncob-shaped twin towers are almost as much a symbol of Chicago as the historic old Water Tower. His vision of thriving, densely populated cities helped trigger the revival that now sweeps many of the nation's downtowns.