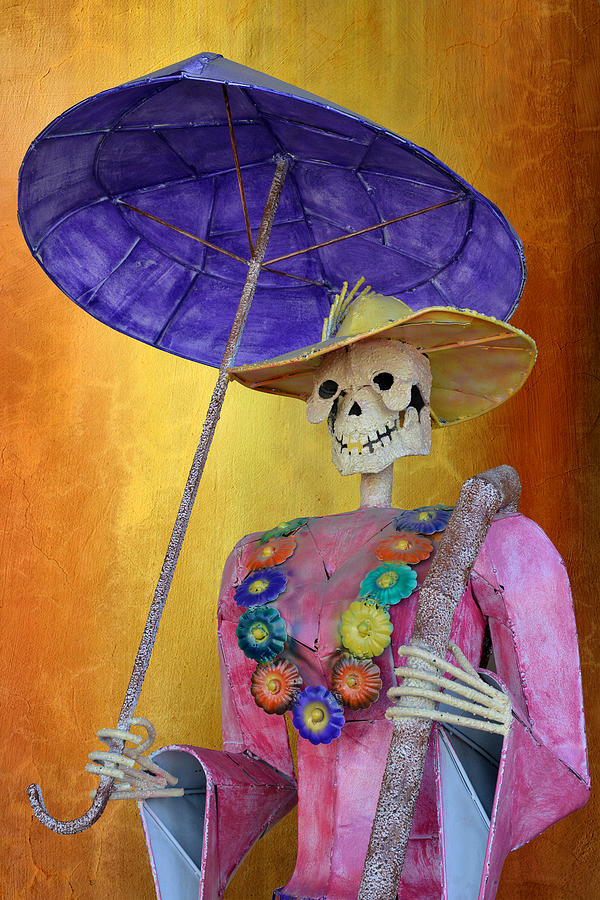 © Christine Till
'Day of the Dead', the holiday known in Spanish as 'Dia de los Muertos,' is especially popular in Mexico. Decorations of skeleton ladies are among the holiday's observances.

Mexico's elegant and classy 'Skeleton Lady', La Calavera Catrina, ('Dapper Skeleton', 'Elegant Skull') is getting new attention more than a century after she was born. The macabre figure has grown to symbolize the Day of the Dead. It is common to see La Catrina embodied as part of the celebrations of Dia de los Muertos throughout the country; the female skeleton has become a motive for the creation of female skeleton statues or metal sculptures with long dress and umbrella, as well as handcrafts made from clay or other materials. Her representations may vary, as well as the hat.

Day of the Dead festivities recently have begun to fuse with the American celebration of Halloween in some areas by embracing trick or treating.