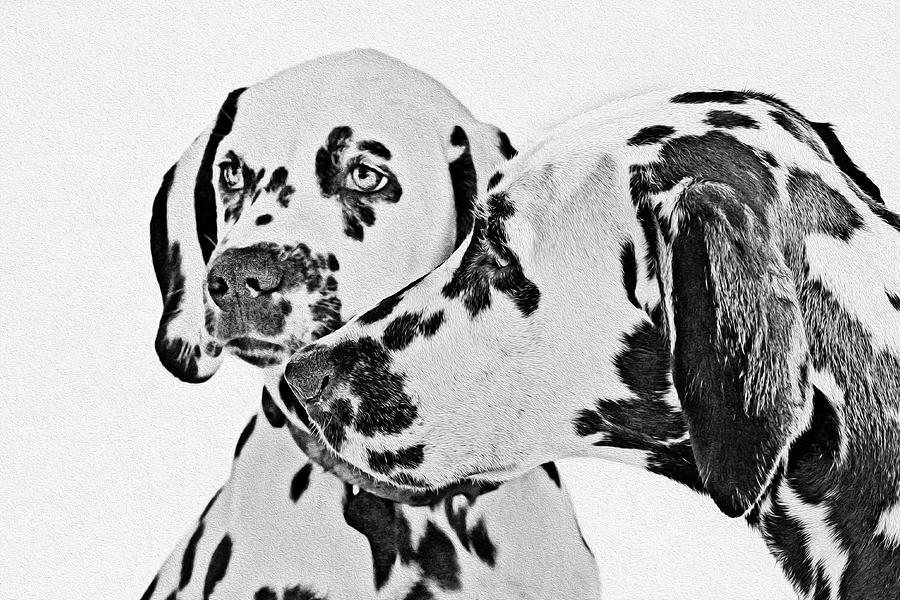 Dalmatians - A Great Breed for the Right Family

Dalmatians - A Great Breed for the Right Family

ę Christine Till
A little known region in Croatia, called Dalmatia, is said to be the historical home of the Dalmatian. There are some records of spotted dogs being present in Croatia, but nothing to support the theory that they originated there.

The Dalmatian, regularly amongst the top 20 popular breeds over the world, was originally used to guard the carriages and horses of the upper class in the 1800's. While the master was busy, it was the Dalmatian's job to ensure the stock and carriage remained safe and untouched. Later, they became military sentries, circus performers, border patrols, the famous mascots of fire departments (thus gaining their nickname - firehouse dogs), and were made immensely popular by Dodie Smith's 1956 children's novel 'The Hundred and One Dalmatians', or the 'Great Dog Robbery' and the enormous success of the Walt Disney movie, 101 Dalmatians. The Dalmatian is also associated with Budweiser beer and the Busch Gardens theme parks, since the Anheuser-Busch company's iconic beer wagon, drawn by a team of Clydesdale horses, is always accompanied by a Dalmatian carriage dog. The company maintains several teams at various locations, which tour extensively.

The Dalmatian dog breed has a personality and temperament that is out-going, playful, highly energetic, and intelligent. It is an independent thinker, and in the right hands this dog is capable of learning and doing anything, and they make good family pets. However, there are lots of poorly-bred Dalmatians around, and these dogs can have serious temperament flaws. In addition, even good Dalmatians need a tremendous amount of leadership and exercise, or they may try to be the boss of the home and may also become very high strung, hard to manage and destructive. Owners who don't understand the necessity of leadership or training will find the Dalmatian an impossible handful.

Half of the people who adopt a Dalmatian puppy do not keep them past the first year. However, if these dogs get what they instinctually need - daily, long, brisk walks or jogs where the dog is made to heel beside or behind the human, never in front of the person holding the lead, plenty of opportunity to run off the leash in a safe area, and very stern, but not harsh leadership - they will make a wonderful pet. Dalmatians form strong bonds with their families and if they are given up, they are known to cry and pine for their owners, and some starve themselves to death.