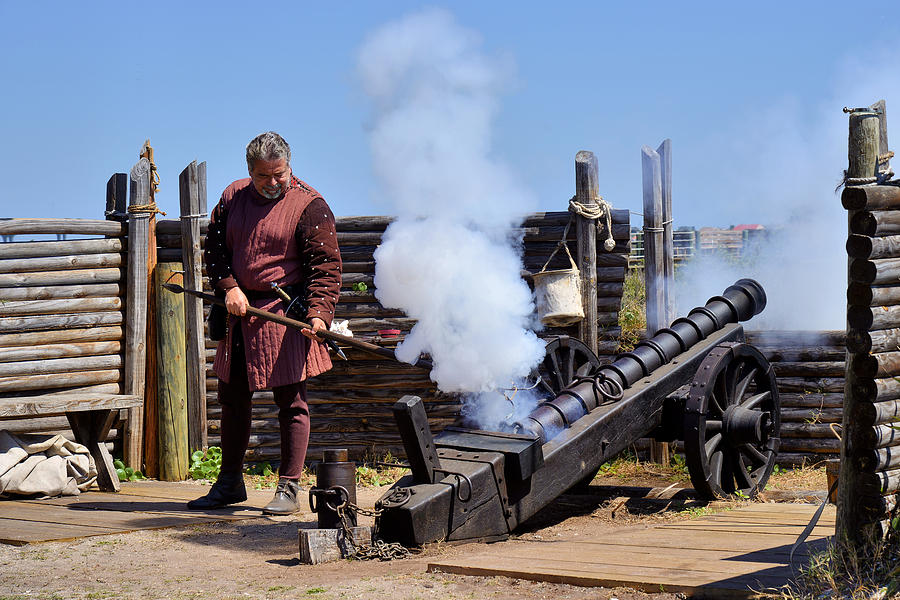 © Christine Till
You can see a cannon firing at St. Augustine's Castillo de San Marcos, but the ones there are not from the conquistador era. The one at the Fountain of Youth is a replica of a six-pounder gun from that era.

The cannon is fired once per hour between 10:00 in the morning with the last firing at about 5:00 p.m. The cannonier is dressed up in clothing that cannoniers would have worn hundreds of years ago. Sadly, he does not fire a cannonball. It's just a gunpowder explosion and smoke, but it's still very impressive to see the cannon spewing smoke, and you need to cover your ears when they fire the cannon. The windows in the neigborhood shake with each blast of the replica cannon purchased by the park in March, 1997.

The cannon firing is very close to the exact spot where Ponce de Leon landed in 1513.