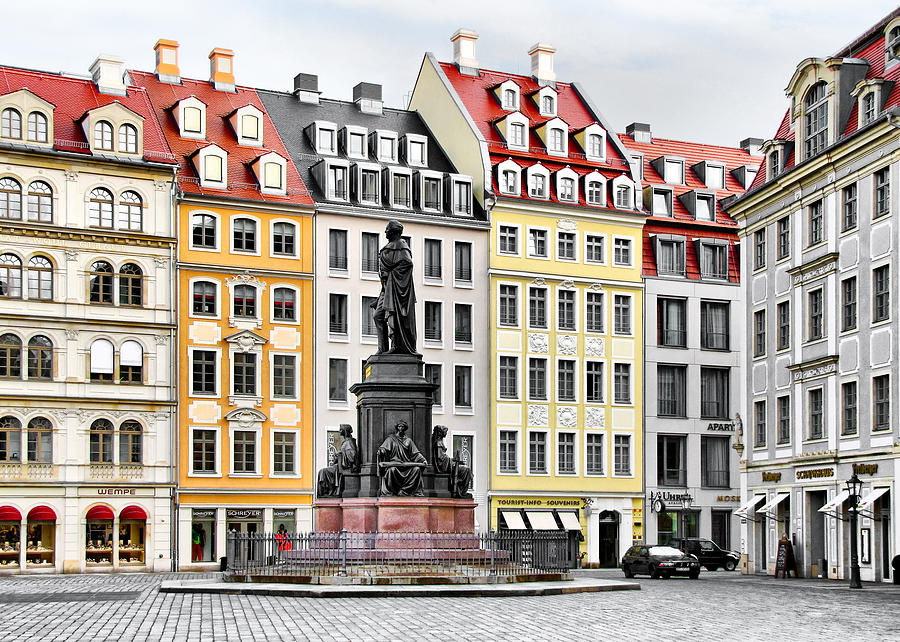 Augustus II the Strong - A legend lives on in Dresden

Augustus II the Strong - A legend lives on in Dresden

© Christine Till - CT-Graphics
Frederick Augustus I or Augustus II the Strong - 1670 to 1733 - (German: Friedrich August II der Starke) was Elector of Saxony (as Frederick Augustus I) and became King of Poland and Grand Duke of Lithuania (as Augustus II). He was called "the Strong" for his bear-like physical strength and for his numerous offspring (only one of them his legitimate child and heir).
August is perhaps best remembered for his love of the arts and architecture. He had beautiful palaces built in Dresden, a German city that became renowned for extraordinary cultural brilliance. He introduced the first public museums and started systematic collection of paintings.
The Bronze statue of the king, holding the constitution of 1831 in his right hand, stands on a granite pedestal with female figures sitting on each of the four sides representing the virtues of Fait, Wisdom, Justice and Strength.